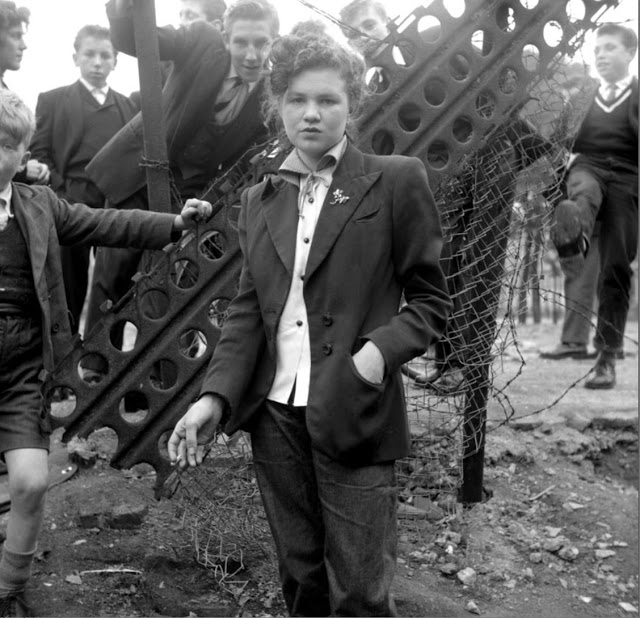 Teddy boys, you might have heard of them: a 50s subculture in London where young men would dress like Edwardian dandy meets American rock n’ roller. This was pretty big across the pond, but didn’t share the same fate in America. The lesser known Teddy girls were definitely not as prevalent in the British media, until photographer Ken Russell was introduced to one of London’s girl gangs. These were working class women, and they were angry–sometimes violent or mischievous, just like their most renowned male counterparts.

The following photos by Russell were only uncovered a few years ago in 2005, and had remained unseen since the 1950s.

They were young working-class women, often from Irish immigrant families who had settled in the poorer districts of London — Walthamstow, Poplar and North Kensington. They would typically leave school at the age of 14 or 15, and work in factories or offices. Teddy Girls spent much of their free time buying or making their trademark clothes. It was a head-turning, fastidious style from the fashion houses, which had launched haute-couture clothing lines recalling the Edwardian era. (source)