The Walking Dead: The Episode Full of Cliffhangers 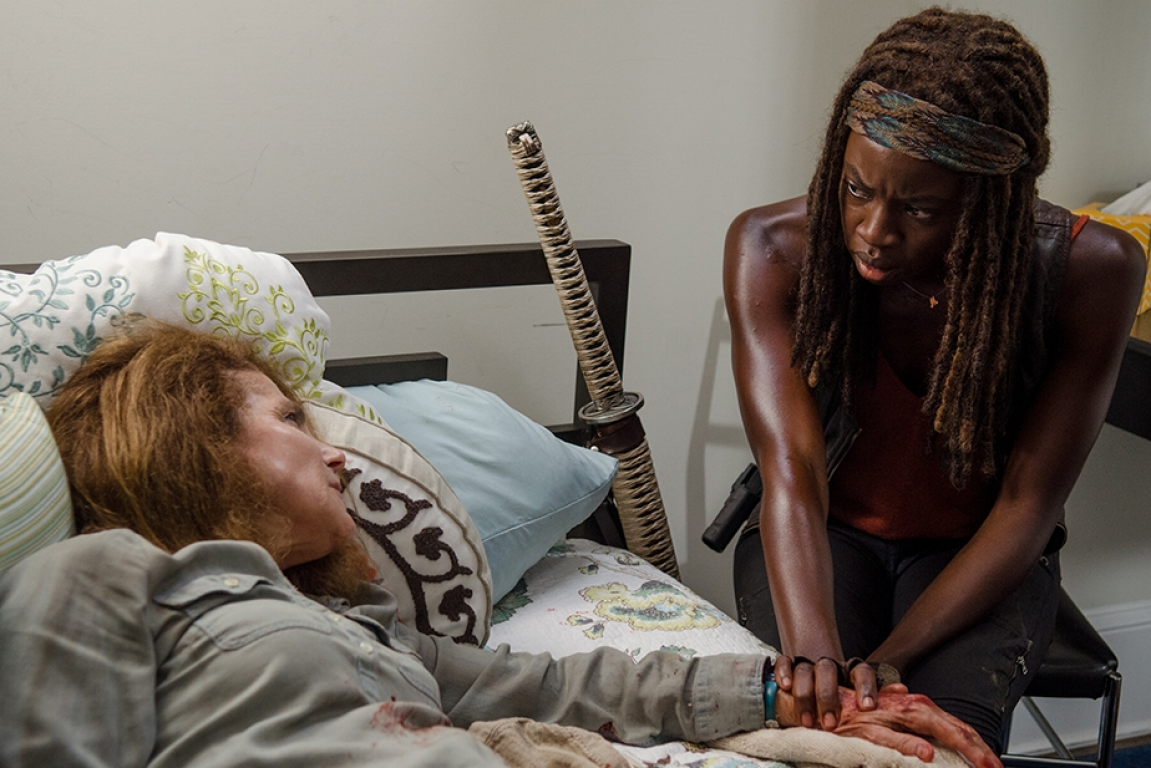 ***Spoiler Alert: Contains spoilers from the mid-season 6 finale of The Walking Dead***

As a die-hard Walking Dead fan, it is hard for me to say, but I was pretty disappointed in Sunday’s mid-season finale. There were defiantly moments where I held my breath, but it left me with so many questions because of all the cliffhangers that it was annoying.

First, I didn’t like that it was only one hour. I don’t know why The Walking Dead wasted a 90-minute episode on Morgan. I think the mid-season finale would have been a lot better if it was longer. Plus, call me crazy, but it seemed like there were a lot more commercials than usual. I did look up the episode’s running time and it says 44 minutes, but it really seemed like half of the show was commercials. I usually love every single episode of The Walking Dead, but something about this episode left me pissed off. There were just way too many cliffhangers. Now if I had to only wait until next week to find out the answers, I wouldn’t be so upset, but I have to wait until February.

Let’s start with Glenn. Finally Glenn sees Maggie, but she is in trouble and who knows if he will actually be able to get to her. I have had a feeling that even though Glenn survived, something will happen and he will never see Maggie again, may that be because of her dying, him dying or them just staying separated. But of course we have to wait until February to found out what will happen.

Don’t get me wrong, the episode did have suspenseful moments, but I was left wanting to know more answers before the winter break. Another thing that really made me crazy was the whole Carol and Morgan scene. I cannot believe Morgan protected the wolf and hurt Carol in the process. I am a little shocked the wolf didn’t kill anyone (yet), but most importantly, is Carol going to be ok? I don’t really care if Morgan lives, I used to like the guy, but now I think he is just an idiot. Another character I can’t stand…SAM! Like seriously kid, shut up. Talk about the most annoying kid on the planet. The group just needs to feed Sam to the walkers to distract them and run for it. They can also give the walkers Ron while they are at it. I knew Ron wanted to kill Carl, but did he really have to try to do it while walkers are overrunning the town? Luckily Carl is a badass and ended up showing Ron who is boss.

I am glad that Rick is finally starting to trust Gabriel. I think he has proven himself and is now a member of the group. It was a smart idea to cover themselves in walker guts, but why didn’t they do that sooner to get to a car to distract the walkers away from Alexandria. Hopefully the plan will work, if loud mouth Sam doesn’t screw it up.

I was sad to see Deanna go and I am sure that all of the conversations between her and Rick and Michonne will lead to something, but for now it seemed like wasted time. I just have to keep telling myself that the writers are brilliant and that every little detail in every episode means something. After having to watch the first 10 minutes of the show The Badlands, we got see an extra clip of the episode and it ends with the biggest cliffhanger. What is going to happen to Daryl? While traveling with Sasha and Abraham, the trio runs into a group of bikers that aren’t exactly friendly. Come to find out, they are part of Negan’s group. Walking Dead fans have been anticipating the character of Negan because he plays a large role in the comic books and is the one responsible for killing Glenn. But for some reason, I think Daryl is going to be the one to fall victim Negan.

I guess I will just have to wait until February and try not to drive my self crazy with theories. In the meantime, I would love to hear your thoughts. What do you think is going to happen when The Walking Dead returns in February?

The Scariest Movies of All-Time