What Is Otoplasty and Who Needs It? 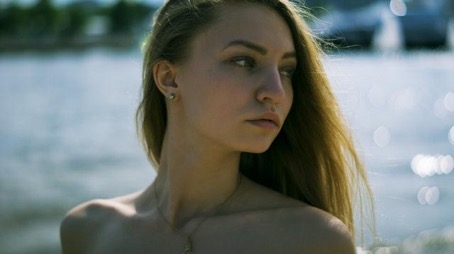 Plastic surgery has the potential to transform lives by correcting abnormalities that cause functional concerns or cosmetic defects. Surgical techniques can be employed to reshape, realign and fine-tune anatomical anomalies. Some people have admitted to avoiding certain hairstyles due to unusually large or protruding ears. One example of this would be allowing the hair to grow very long to cover the ears, rather than choosing a more becoming short style.

For people born with misshapen or protruding ears, a procedure known as otoplasty can restore self-confidence and spare them emotional trauma. The goal of otoplasty can be to restore the shape of ears that did not develop normally in embryonic stages and are noticeably ‘different’. Sometimes the position of the ear is more noticeable than the shape, and a pinning procedure can help restore the ear to its normal alignment.

With otoplasty, the size of the ears can be reduced and realigned. The pinning procedure can potentially make the ears appear smaller, eliminating the need for reduction. Probably the best time to have otoplasty performed is when a child is about six years old. By this time, the ears have grown to almost their adult size and the school years are beginning. Psychological harm can be averted by doing the procedure at this time. Still, people of all ages can be candidates for otoplasty.

While prominent ears are immediately noticeable, the differences between these ears and normal-appearing ones might require a bit more examination. The entire outer ear attached to the side of one’s head is known as the auricle. The outermost border of the ear, extending from the top front of the auricle all the way around the ear is known as the helix or helical rim. This rim is made of a narrow band of cartilage with a sheath of tight skin enclosing it. The helical structure provides a skeletal support system for the auricle that keeps it from protruding.

The helix is not usually the part that requires surgical intervention. Inside the helix, in the upper ear, is another cartilaginous structure that is formed by the cartilage folding over on itself, tightening up the entire auricle and keeping the ear close to the head. This structure is called the anti-helix. In some people, the anti-helix does not form normally in fetal development, causing the ear(s) to stand out.

The anti-helix serves as the posterior boundary of the concha (or conchal bowl) of the ear. In patients with a poorly formed or absent antihelix, the concha is often exaggerated and deeper than in a normal ear. The concha will be spread out over a larger-than-normal area, causing the ear to protrude from the side of the head.

How is the Procedure Performed?

An otoplasty procedure does not require hospitalization and is usually done in a Same-Day-Surgery Center. General anesthesia or intravenous sedation is commonly used in patients in the 5 to 15-year-old range. Older patients can safely have the procedure with a local anesthetic that is similar to the Novocaine used by dentists for mouth procedures. An injection of local anesthesia provides complete numbing. The surgeon may or may not add to this a form of oral sedative such as Valium or Ambien.

In the vast majority of otoplasty procedures, the incisions are made from the posterior side of the ear. This diminishes the resulting scars and renders them invisible from the front and sides. It downplays the scars so that, even from behind, they are difficult to see. With the passage of time, they may not be detectable at all. The subtle scars will not be noticeable, even with a short hairstyle.

In addition to incisions made to reduce the cartilage material in the conchal bowl, specialized sutures are placed to create an anti-helix in the ear. The effect of this creation is to lift and tighten the auricle and bring the ear closer to the head, with a proper-sized concha for a normal appearance.

The length of postoperative recovery with otoplasty will be affected by the age of the patient. Children may need a couple of weeks out of school, while adults might require less than a week before returning to work. A short course of narcotic analgesic, such as Vicodin, will be provided for pain. If absorbable stitches are used, there is no need for suture removal. Otherwise, the sutures will probably be removed in five to seven days.

The otoplasty patient will have to wear a pressure wrap around the head for about seven days to hold the ears in alignment and allow for healing. Afterward, a similar wrap will be needed during sleeping hours for about six to eight weeks to keep from undoing the new alignment of the ears. Patients are reminded that for the first week or two, the ears will appear ‘over-corrected’, or slightly too close to the head. The ears will gradually relax and assume a normal placement.

Dr. Andrew Frankel is a Beverly Hills based cosmetic surgeon specializing in otoplasty and other facial plastic surgeries. Dr. Frankel is board certified in Facial Plastic and Reconstructive Surgery as well as Otolaryngology-Head and Neck Surgery (ENT).