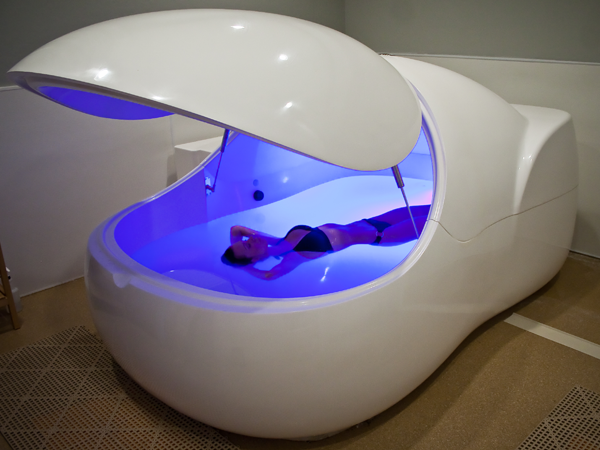 Let me preface this by saying: I am really, really good at stress. While I find meditation, yoga, and what have you really interesting (and have read my fair share of books on the matters), I  have a hard time establishing any sort of routine. While surely one day I might be able to wake up and smell the roses, for now (sadly)  it’s surfing groupon for deals which I can spend the remaining rations of my meager paycheck with. I went big this time: I decided to get the deal for a sensory deprivation tank “float.”

Basically, if you’ve never heard of it, you strip down, climb into a small pod and float in salty water with no light, and no noise. Sounds pretty weird, right? Why would anyone want to subject themselves to this? Apparently, chronic pain sufferers experience a great deal relief after a few times, which is cool. The lack of stimuli can also help those with anxiety, stress, and depression. Many people also go to meditate, since it’s a pretty ideal scenario to clear your head in–or at least try to in my case.

My brother told me to watch the movie Altered States before I went in to the “float” spa. I haven’t seen it, and after looking it up on Google and am definitely glad that I didn’t, THANKS, JON. Anyway, after a stressful day I made my appointment at True Rest Floatspa. While you can get the whole stimuli-deprivation thing here, you can also have a light on or the pod door open during your float, should you wish.

When I arrived to the “float spa” it felt very much like a massage parlor, with new agey music softly playing, a trickling fountain, and soft dim lighting. I was told to watch a video presentation before I went in that had info about how to float properly, and that 3-5% have psychedelic experiences inside the pods. WHOA. I also had to sign a waiver that if I pooped, peed, or barfed in the tank I’d have to pay $500 big ones for them to clean up my mess. Definitely had a “oh god, please don’t let me be that person” moment, even though I definitely don’t poop my pants on the regular.

I was taken to my room, which has a bench, a shower, and the white pod that looks like something out of 2001: A Space Odyssey. I undress, give myself a rinse in the shower, get in the pod and shut the lid, turning the light off inside. Total darkness. I shut my eyes. 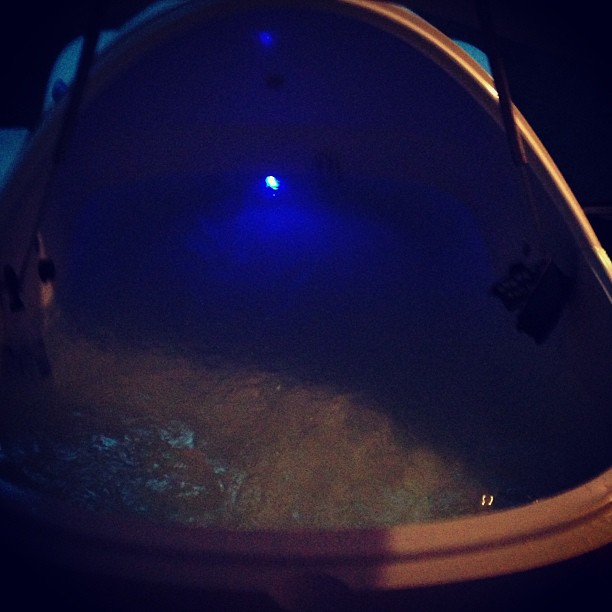 Music starts to play for about ten minutes notifying me that this is the beginning of my 60-minute session–it’s that new agey flute crap. Once the music disappears, I open my eyes, HOOOOLY HELL. I have a minor freak out. I kept the lid on the pod closed, so it’s super humid, and Istart to  feel like I’m super vulnerable to some sort of demonic haunting or something. I close my eyes so I won’t have to look over and see Satan chilling right beside me. I don’t know–it made sense at the time.

They tell you to stay in the same position the entire time, and I realized just how restless my body is, as it twitched out of nowhere, like when I’m trying to sleep at night. My face started to feel itchy, I wanted to scratch it so bad, but just like meditation, you have to resist the urge and deal with it. I started thinking about all my body parts, and my mind felt like it was racing–this was weird.

I didn’t think about external things as much as I thought about what was going on in my immediate surroundings. I haven’t been meditating lately, so maybe it was just hard for me to get “in the zone?” As much as my mind kept bothering me, I started to feel calmer as the time went on. My body felt like it was dead asleep–I didn’t feel like I was in a salty toilet-looking tank in Chandler, Arizona; it felt like I was floating in SPACE, since the humid air and the water just seemed to disappear altogether.

The music chimed in softly to alert me that I had five minutes left. I slowly popped the lid up and was greeted with nice cold air. I felt really energetic for some reason, even though I thought this would make my body really sleepy. I showered my body off, and used their Costco brand natural body wash–which I ended up falling in love with–oddly enough and then headed to the vanity room to take a look in a mirror to make sure I don’t scare any children on the way home.

They also had a seating area for customers to hang out at afterwards, which had an oxygen bar, tea, and water available so you can take some time to come back to earth. I felt a little spacey, not going to lie, but I managed to drive home and not die, so that’s good .

Conclusion: While my first time in an isolation tank wasn’t what I envisioned it to be, I still found it to be relaxing, rejuvenating, and interesting. It’s a little on the pricier side, but hey, if you’ve got any kind pain or stressful issues, how much is too much when it comes to therapy?  I would like to try it again, and see how different it is, knowing what to expect, and having went through that initial awkwardness stage. 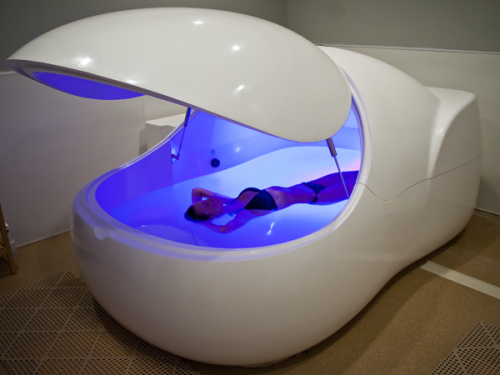 What to bring to a Sensory Deprivation Tank:

If you’re interested in trying it out, make sure to read all the guidelines for the place you’re going to. At True Rest I had to bring my own towel or else pay $3 for a rental. You might want to also consider bringing:

-flip-flops or sandals, it’s going to be SLIPPERY.

Quick Four Reason Why You Should Smile More Today

Coming to Terms with the Death of a Loved One