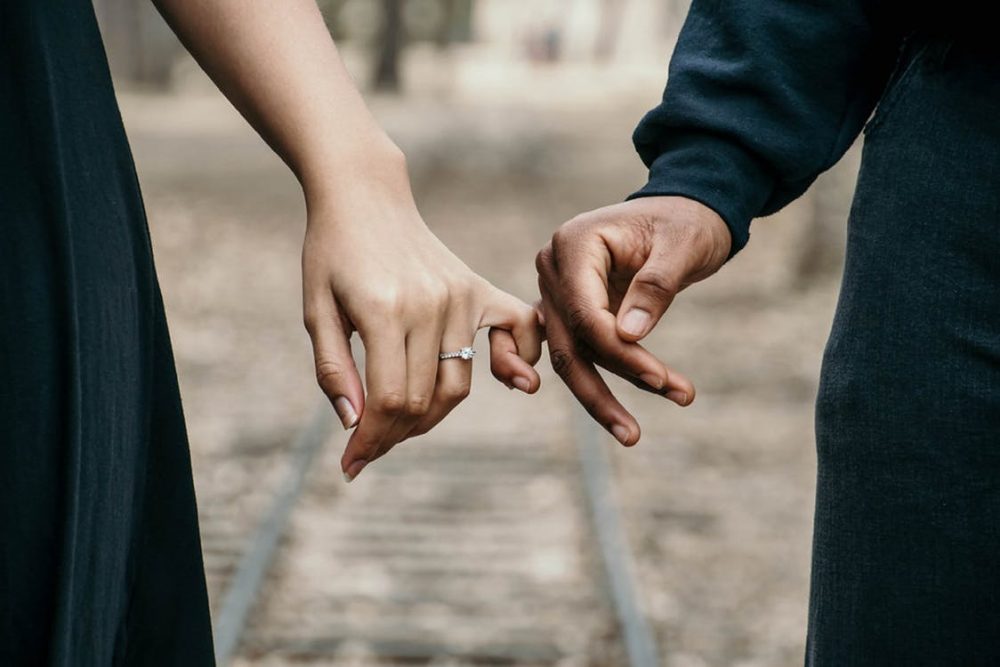 Over on WEtv.com, there’s a great web video series titled Put A Ring On It. In the video, a team of experts help a dude plot, plan, and execute a romantic marriage proposal. I don’t want to give away the proposal idea this soon-to-be groom pulls off, but it’s both mushy and straight-up pimp. The main host is a lovely woman by the name of Diana Falzone. I sure would like to get to meet her one day.

There is an uneven division of labor when it comes to weddings. The man’s responsibility is simple: get a ring, propose, then hold your breath and keep your head down until you are a lawfully wedded husband. Women do everything else. They plan and plot their blessed event like the generals who designed the Allied invasion of Normandy. Only to some women, the stakes are even greater than freeing Europe from the steely grip of fascism. Since the moment a little girl can walk, she is force fed a steady diet of bridal propaganda. It as if there’s a footnote in the Constitution guaranteeing the right to be a pretty, pretty princess for a day.

I’m not married, but I already dread the wedding. I want to get married one day. I find the notion of growing wrinkly and flabby with someone who loves me enough to laugh at my jokes the 1,000th time I tell them to be romantic. My future wife and I will be like any normal, happily married couple. We’ll have a comprehensive action plan in the event that civilization collapses. Our house will be decorated in funky Hobbit chic. Our children will be kung-fu masters. We’ll raise Emus for fun. The usual. But if I had my druthers, there would be no wedding. We’d get hitched secretly in a submarine, a licensed Jedi presiding, and the clandestine event would be catered by Chipotle and Cinnabon. Weddings are expensive. They’re tacky and stressful and the music sucks. Most are superficial circuses of wild ego. Weddings are to some women what sportscars are to some men. There’s something disturbingly Roman about them too – a gluttonous feast where subjects stand in line to kiss the ring of Caesar.

Okay, maybe I’m going a little over the top. I have been to some very nice, very touching weddings that tastefully honored two people making a promise to hold onto each other like life preservers. But not many! Most are just bad theater. And trust me, most guys would rather skip the wedding and get right to the honeymoon vacation. But I have an idea that would bring balance to The Force. Men get to skip the wedding trail of tears and women get their special event.

Women should do the proposing.

Think about it. Women love jewelry. They love to plan. And the whole agony of waiting for him to propose or not would be eliminated. If every proposal was like Put A Ring On It, then the event could be an over-the-top expression of love as well as an advertisement to single women that someone is now off the market and about to live the dream! These proposals could be huge events, kind of like a wedding. She hang-glides onto the field during halftime and proposes with a bullhorn. Or he’s walking out of a comic book store and is accosted by a platoon of Klingons and she proposes as their warrior queen. Oh, how about this idea: a wedding cake arrives at his work and Samuel Jackson jumps out and pops the question while she smiles behind him!

And then the man would be in charge of the wedding. It would be his to pay for, plot, and pull off. Let’s say my girlfriend proposes to me in a wildly original and romantic way. Then, let’s say, I say “yes.” THIS COULD HAPPEN. Then the wedding would be mine create, and being a dude, it would be a cost-effective and efficient one. I’ll blow big bucks on a rock star honeymoon to, I don’t know, a tiny island on the edge of the world. Here’s the wedding: it would be held on a nice day outside. Pasta would be served, because my girlfriend loves pasta. The iPod would be playing Phil Collins and anything sung by the cast of Glee, because my girlfriend loves that show (I merely adore it.)

I’d invite friends and family and then gather them in a circle around her and I. She’d be wearing the leopard Snuggie I bought her this past winter, and I’d don my finest Iron Maiden T-shirt. Then I’d look each and every guest directly in eye and shout my vows. Shout them loud, to alert other one else in the park or any angels napping on the job. I’d bellow this little speech (I will probs be drunkasaurus):

“Here’s the deal: this woman is catnip for the soul. She’s mine, hands off. And don’t think just because I’m not around you can throw lame ass game her way, because wangbreath, I live in her pocket. Are hearts are now cosmic peanut butter cups. We are The A-Team of Two. Our love is like a comet smashing into a volcano and then an explosion of molten lava and fire and space shrapnel. I promise to guard her heart like a dragon guarding his gold. I promise to make her laugh until she pisses herself. I promise that if I make her cry, I will stand like a statue in the driveway in the rain, snow, or blistering sun until she invites me back in. I promise to share our dreams, like in the movie Inception, only without the forced, tortured emotional subtext. Our humping will be so energetic; it will affect the Earth’s magnetic field, if not gravity itself.  If she wants me to dance, I will dance. If she is sick, I will make chicken soup. If we’re broke, I will make money somehow, even if I have to shake my ass for quarters. I will climb out of my coffin for one last snuggle. If I break any of these promises, may my balls turn into angry hamsters and may all my comic books catch fire. If I break these promises, I insist that each and every one of you form a mob, chain me to a lit grill with barb wire and take ball-peen hammers to my kneecaps. Promise me you’ll do that if I fail this living friggin’ miracle of a human being. Promise me now! Each of you! Say it! I’ll wait! This chick and I are about to lock into the roller-coaster car of our life. We’re now tight. Hercules can’t pry this shit apart. I want this woman to be my wife so badly I’m breaking out in a rash. She is my wine goddess, my trapeze partner, and my best friend. Not a ball-and-chain, but a balloon and ribbon. I love her.”

And then it will be her turn to blah-blah-blah. Then the one ring to bind us. Then cupcakes, Frisbee, and Super Soaker water guns full of champagne.

If women proposed marriage, then everyone would be happy. Until that point, wake me when it’s time for the wedding night. Which is years away. Ha, ha, just kidding honey. (No, he’s not. Shut-up.)

Alex Wise is a blog contributor and featured publisher for Loveawake.com dating site  – a place for single people to connect based on their common interests. He works with single men and women who feel like life is passing them by and helps them to get clear on what they really want and finally make their dreams happen. Through his tips and advice, Alex helps his clients simplify the process of taking back their power and create an extraordinary life.  Follow him on the company site or on Facebook and Twitter

Stumbling-Blocks of Self: 5 Things Keeping You Ill