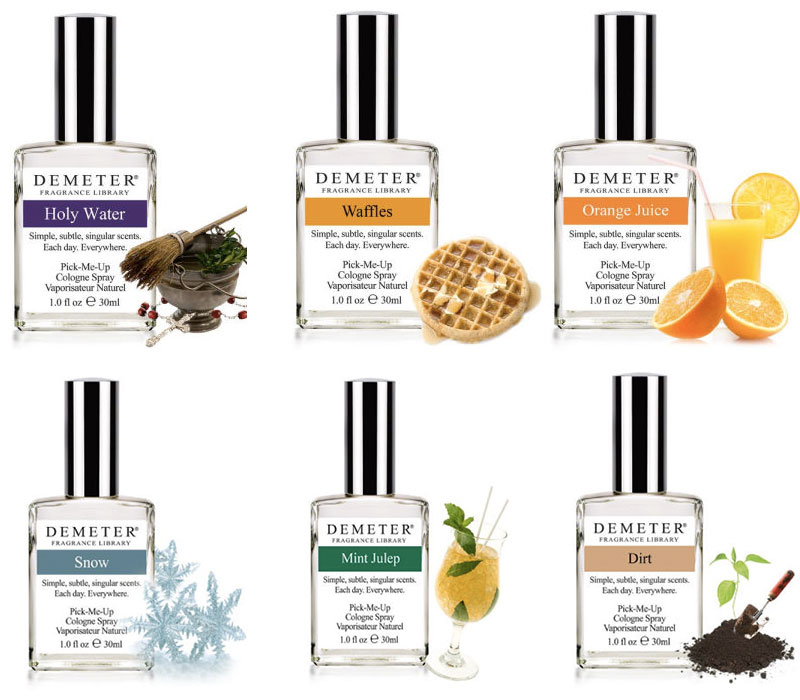 I remember being in a store several years ago, laughing about this bizarro display of perfumes; some of which were scented as rain, cookie, dough, and dirt–yes, dirt. I really wanted one, but I couldn’t decide which ridiculous smell I should purchase.

Flash forward to 2013, I randomly stumbled across this smell called Funeral Home from that same brand from before, Demeter Fragrances. Is Funeral Home not the perfect name for a goth perfume? Actually, I have a friend who works as a bereavement counselor at a hospice, and loves her job. She’s one of the few people who can take something as serious as death and make the terminally ill and their families smile with laughter. I thought this would be a ridiculous present, so I ordered the roll-on perfume oil for her birthday.

Funeral Home is a flowery scent, with lilies, carnations, chrysanthemums, with notes of mahogany and carpet. Yep, they’re not messing around. It’s really much more cheery than it seems though, I do have a soft spot for these sorts of floral perfumes.

This wasn’t without looking through their entire line though–when it says fragrance library, they mean it. There’s everything from delicious to downright weird, and everything in between. Again, I got that initial anxiety over which smell I should treat myself with.

I decided to play it safe and went with a fragrance called Moonbeam, which sounded interesting: vanilla, chocolate, green leaves, Jasmine, and Amber. Once my fragrances were shipped, I thought that funeral home smelled very floral, and quite nice. It might not be something my girlfriend wears often, but she’ll definitely appreciate the thoughtfulness and lightness of this perfume.

I was really excited to try Moonbeam on, at least–until I smelled it. It was REALLY strong, like cologne. I put it on anyway, and like all perfumes, it faded after a while into a nice scent that I could tolerate, and actually I think it started growing on me. I have been wearing it relatively often now, and need to reapply 2-3 times a day, as it fades a little faster than I’d like it do.

Conclusion: I really like the creativity and general weirdness of this company, each perfume comes labeled with its own batch number, and its apparent that the creators of Demeter are passionate about smells. I like smells too, and I think this is a perfect gift to give to someone who already has everything and probably doesn’t want another Red Lobster gift card. Give me all the smells!