Heartbreak – A Short, Useful Guide to Avoiding the Crushing Blow 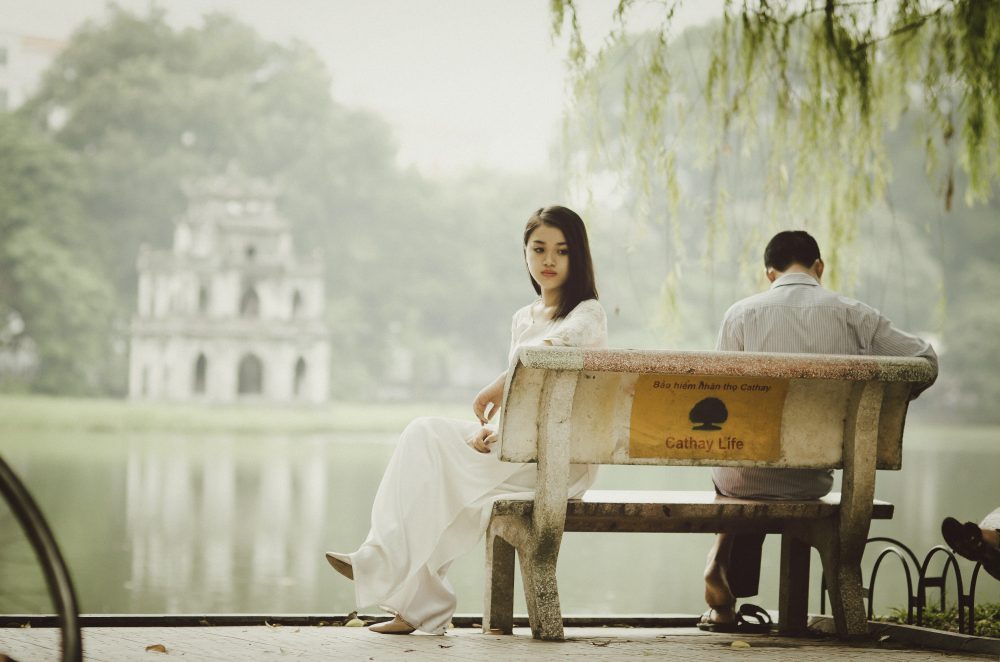 Getting your heart broken blows.

Chances are it’s happened to you at least once. It’s one of those experiences in life that — even if you’re a peyote-mad existentialist who questions reality — has a bizarre way of making you feel human and fragile. Nothing that hurts that bad could be fake.

While there is no way to avoid heartbreak — short of cutting yourself off from the rest of humanity, I’ve come to believe there are ways to lessen the shock of it. Why? After years of dealing with it, I’ve developed a theory: We all have the ability to feel it coming, and therefore to meet it head on.

Death by a Thousand Cuts
It’s been my experience that heartbreak happens incrementally, like splintering glass, or a beloved sitcom becoming gradually lame. When I had my heart destroyed, it happened over the course of months.

At first, it was little stuff. She was less enthusiastic to see me. “Hi!” became “Hi.” The pressure of her lips when we’d kiss felt … different. I felt a tremor of suspicion.

Soon enough, it was no longer a tremor. Although she had yet to broach the subject with me, I felt a chasm growing between us. And it only made me more desperate to see her, to try to bridge the divide with more contact, more effusive demonstrations of my feelings, more hanging out, more sex. Nothing had changed yet, but everything felt different.

The End Is Rarely Surprising, Yet We Act As If It Is 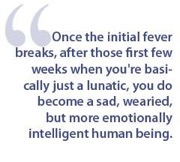 By the time she ended it, I acted as if she had become a “Mortal Kombat” character and ripped my heart out through my throat. It was a lie. What I really felt was this melancholy déjà vu. My heart was re-broken, having already sustained irrevocable damage over those long weeks and months that preceded our melodramatic finale. Like an already broken plate that’s stomped on by a jackboot. There, now that’s broken.

I begged her to tell me why it was over. She obliged.

I am not in love with you.

Her words were as heavy and irrefutable as poured concrete. I couldn’t escape them any longer, but really, I’d known all along.

Listening to Yourself
It didn’t have to be this way. The heartbreak was inevitable, of course, because I was in love with her and she was not in love with me, but the way in which I experienced it could have been different.

First, I could have listened to my gut and spoken to her about it. Hey, I feel like you’re somehow a bit more distant, even if I have nothing super-specific to prove it. I could have given her the opportunity to let me down gently.

We often want what we want despite knowing we either can’t or shouldn’t have it. As a species we have as much trouble delaying gratification as we do in facing pain that can be delayed. I knew without a shadow of a doubt something was wrong, but I chose to ignore it, in the futile hope that if I just turned up the volume of my feelings for her I could drown out the sound of intuition telling me to face this.

So I waited until she couldn’t hide it anymore, and then I turned into human soup, forever damp of face from crying, my backbone having dissolved like a breadstick in hot chowder. I’d leave her pathetic 4 a.m. voice mails, begging her to see me. The flavor of soup I became could be called Irrational & Bitter.

I began debating how possible it would be to rent a horse and ride it to her apartment and call to her from atop its saddle. A horse! Would lessons be necessary — and how much would they cost? These are considerations one skips over when thinking about turning to the equine family to save your relationship.

Being Sad Without Being an Over-Actor

The problem with not listening to your instincts and going the easy route is that when the ground finally does open up beneath your feet, you say and do a bunch of regrettable stuff as you fall.

At least I did. That horse idea was the least of it. Despite her brutally honest admission of not loving me, I considered buying a ring. A goddamn diamond ring! Despite having felt the chords of my heart snapping for months, I chose to lie to myself, and then the finality of our breakup destroyed me. I couldn’t sleep, couldn’t eat, couldn’t talk about anything but her.

I basically became a bad actor in a worse movie. Imagine Shia Lebouf remaking “Ishtar.” Or hell, instead of piling up on Shia, imagine me remaking Ishtar. Yeah, I was that bad.

Had I chosen to face the signals, had I given myself (and her) the time to process it all and deal with it, I would have still been heartbroken and sad, but I would have been more reasonable. Once the initial fever breaks, after those first few weeks when you’re basically just a lunatic, you do become a sad, wearied, but more emotionally intelligent human being. I could have started from that point.

For those of you out there who might be feeling, on some indistinct level, that something’s not quite right with the one you love, that something is off, something is breaking, all I encourage is for you talk about it. It need not be dramatic, and it certainly shouldn’t be accusatory. But often times we know all that we need to know.

We just choose not to listen. And the result can be more painful than it needs to be.

Alex Wise is a blog contributor and dating consultant for Loveawake dating site, which launched in July 2009 and has been providing original free dating services and relationship advices, tips, articles, reviews, and videos to readers ever since. Follow him on the company site or on Facebook and Twitter