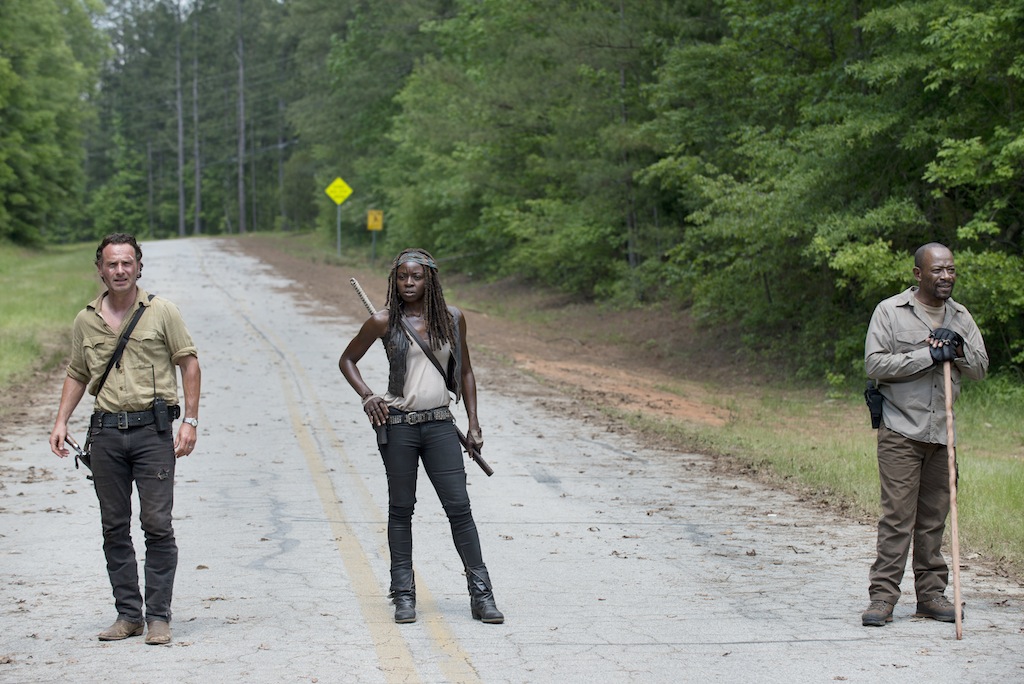 I have been waiting for the return of The Walking Dead for MONTHS. I was so excited for last night’s premiere of season 6 that I had butterflies days before. It pains me to say this because I am a HUGE Walking Dead fan, but I wasn’t very impressed with the premiere.

The episode was 90 minutes so I was expecting a lot. I felt like they didn’t cover a lot of ground in the 90 minutes. It was pretty slow and even though there were some good parts, I was just hoping for a lot more.

There were A LOT of walkers, more than I have ever seen. So that part of the episode was really cool. But even though there was no shortage of walkers, there wasn’t that much action. The episode had a lot of flashbacks, which was done in black and white. It answered some questions I had like how Morgan and Rick would get along and what would happen after everything that went down in the season 5 finale. 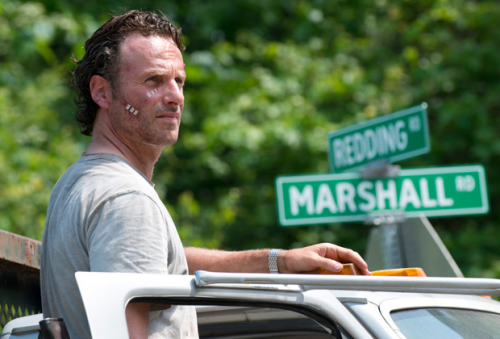 It turns out that Rick and Morgan really don’t have any issues with each other. Morgan does think Rick has gotten cold, but I think Morgan hasn’t realized that the people of Alexandria are weak and Rick is trying to toughen them up. Rick is also just trying to keep his family alive, no matter what it takes. Daryl has a disagreement with Rick, but I don’t think it is going to become a big issue. Rick doesn’t want to recruit any more people and Daryl disagrees.

Of course Rick does have some enemies. Pete’s son Ron isn’t happy with Rick and isn’t afraid to show it. While Rick and Morgan are out getting rid of Pete’s body, they run into Ron. They also run into a giant herd of walkers that are heading towards Alexandria.

Something needs to be done soon or Alexandria will be in big trouble. So Rick tries to organize a group to deal with the walkers. He has a plan to lead the walkers away and lead them in a new direction. Everyone is on board except a new character named Carter. He doesn’t like Rick’s plan and even talks about killing him. But after Rick almost shoots him during a confrontation, Carter decides to join the group and help. Father Gabriel also offers to help, but Rick quickly tells him no way. 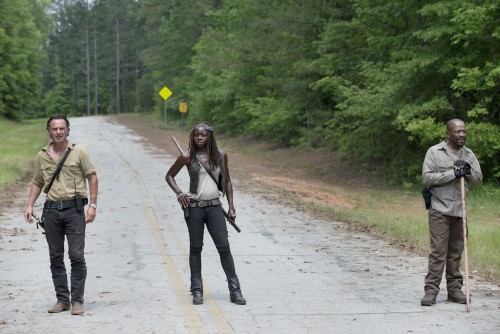 It was nice to see the whole group come together and work closely to stop the herd. Even Nicholas joins in and helps Glenn. I was a little weary of him helping out at first, but I think he might be an ok guy. There is another new character, Heath, who I really like. He seems like he might be one of them and I think he will become a big part of the group.

While the group is working on the plan, a walker bites Carter and Rick has to kill him. I was fine with that because I didn’t really like Carter. But it doesn’t end there. When the group thinks all is going as planned, a loud horn starts honking and leads the walkers back towards Alexandria. So who is honking the horn? I have no idea. It could be the Wolves, who we didn’t see this episode or it could be Ron.

I have to admit that I really do like Eugene. I think he is hilarious and made the rather slow episode entertaining. I am excited for this upcoming season; I just was a little disappointed in the first episode. I still love The Walking Dead though!

How Tech has Changed the Restaurant Business