How Girls Are Storming The Gaming World 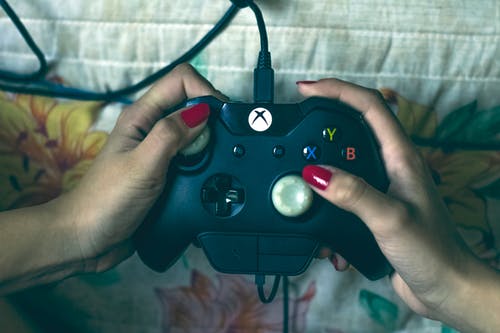 The competitive gaming sector has exploded in popularity in recent years and it now has more than 450 million fans across the world. Dozens of top gamers have become rich and famous beyond their wildest dreams as a result of their prowess with a keyboard and a mouse. There are coaches, agents, sports psychologists, strategists, union representatives, referees, commentators and many other executives riding the crest of the wave.

They span the globe and cover many different ethnicities, religions and cultural backgrounds, but there is one common denominator. The overwhelming majority of them are male.

Where are all the women?

A not for profit organisation called Women in Games estimates that women account for just 5% of the people working in esports. That actually seems optimistic. Almost every leading team has an all male roster, the coaches are all men and it seems as though every executive you ever hear from is male. It is very much a boy’s club, and that should be a real concern for the industry.

We constantly hear of esports’ phenomenal year-on-year growth figures as it racks up more fans, prize pools spiral and the number of handsomely paid pros continues to swell. Yet there is a risk of competitive gaming cutting itself off from half of the global population. Ending this imbalance represents a significant challenge for the esports sector, but also a tremendous opportunity.

“Changing behaviours among a large segment of people is difficult,” said Tia Christianson, vice president of research at Interpret in Europe. “Progress of this size always takes time. However, a gain in gender share over a two-year period is a trend in the right direction.

“If two years from now, the female audience grabs an additional 6% in share, esports viewership will be in gender parity with what we consider standard among traditional console and PC games.”

The need for role models

Once again, those projections from Interpret sound a little ambitious when you consider the extent to which male voices dominate the esports fan base on social media, on streams and on forums. Yet Christianson is optimistic about the industry’s chances of redressing the gender balance. She fells that progress is being made and females will play a greater role in traditional esports in the future.

The main thing the industry lacks is strong, inspirational women performing astounding feats of individual brilliance in big tournaments. There are a few exceptions to the rule, but they are few and far between.

Shanghai Dragons signed Gerugi as the first female player in Overwatch League’s inaugural season in 2018. Scarlett is the only woman to win a major StarCraft II tournament. Check out the betting markets at Unikrn esports and you will see that all the tournament favourites feature male only rosters.

Scarlett is the top earning female esports star of all time, with career earnings of $356,955, followed by Hearthstone player Liooon, who has racked up $213,200 in prize money. Only two other women – HaganeNoTema and Mystik – are up to six figures in their entire careers.

To put that into context, Scarlett is only the 329th highest earning esports player in history. Liooon sits outside the top 500. This is a man’s world. All 100 players in the Fortnite World Cup this summer were male, and many of them struck it rich, so it was a shame to see not a single woman lining up.

Can women-only events make a difference?

Some organisations have started women-only competitive gaming events in a bid to address the issue. Fernando Pereira set up Girl Gamer in Spain to create competitors that can “act as role models that inspire younger girls in developing an interest” in the esports scene.

That is a laudable aim, and it is great for women to have a safe space in which to develop their skills and to gain experience of competing in LAN tournaments. But ultimately there should be no need to segregate men from women within the world of esports.

Gaming is essentially an egalitarian pursuit. Being a man and having testosterone does not provide you with an advantage of female gamers. Successful esports stars boast great concentration, problem solving ability, dexterity, fortitude and mental agility, and those traits effortlessly traverse the gender divide.

It makes sense for men and women to be kept apart in physical sports like football, boxing, athletics and so on. Yet there is no reason to keep them apart in esports, and that is one of the main advantages it has over traditional sports.

What the scene really needs is a large base of exciting female players, coaches, commentators and franchise heads. Having women-only teams and tournaments can help facilitate that in the early stages, but ultimately they should be rendered obsolete as the best women improve to the extent that there is no skill gap between males and females.

There have been instances of misogyny, bullying and harassment, which have caused women to abandon the esports scene. This level of toxicity needs to be stamped out.

Esports organisations need to get more women into senior roles. A lot of work needs to be done at grassroots level to ensure a strong calibre of female players emerges in the years ahead.

If the industry leaders follow these steps, they can safeguard the future health of the esports sector and unleash its full potential.