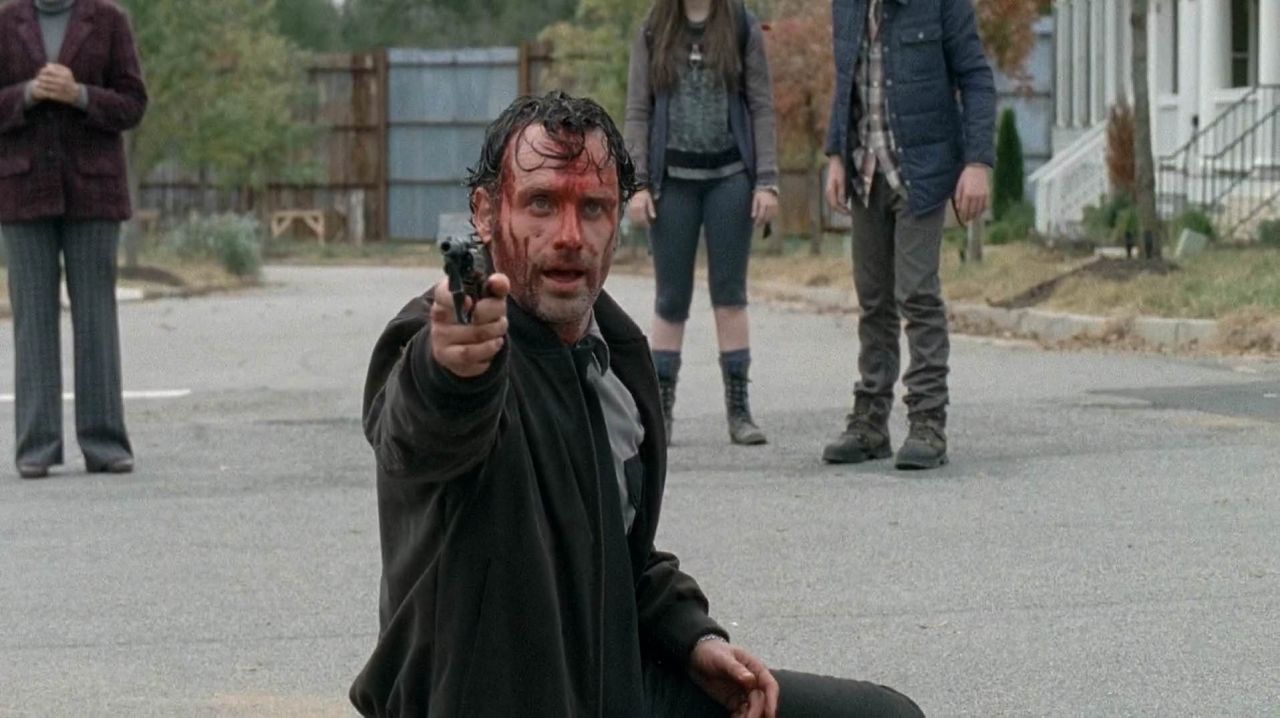 We all have been (patiently?) waiting for The Walking Dead to return on October 11th. But now after seeing the trailer for Season 6, we are all dying for October to come. The trailer was released at San Diego Comic Con on Friday and I can’t stop watching it! Check it out.

Of course the season 5 finale left us with questions, but after watching the trailer, I have so many more questions! Are Rick and Morgan really angry at each other? Or did they edit the video to make it look that way? Is Carol turning evil? What are the Wolves up to? And is poor Daryl really in danger? If Daryl dies we riot!

There was so much packed into the 4 plus minute trailer, that after watching it a million times, I know I am still missing stuff! I am glad to see Glenn alive and well. I was a little worried since he looked really beat up when season 5 ended. I was also happy to see that Daryl finally took a shower. (Wish they had shown that!)

The premiere will feature over 600 zombie extras. It looks like things are getting a lot worse outside the walls of Alexandria. You can see in the trailer that there appears to be a lot more walkers around, but that could be the Wolves sending them to Alexandria. The trailer also makes it seem like a lot of people will die. I hope they don’t mean main characters! Again, if Daryl dies we riot!

The trailer didn’t answer any of my questions; in fact it left me with even more. Luckily, the premiere will be 90 minutes long so hopefully some will be answered. Lennie James, who plays Morgan, say that we will find out what Morgan has been up to. I wonder if it will go into detail on how he became such a badass. I guess we will have to wait until October 11th to find out. Get ready for another epic season of The Walking Dead!

Seven Simple Steps on How To Fight Summer Heat