Listen to This: True Widow

Stonegaze or Slowcore sounds like what happens after taking a huge hit of weed, but when you apply that sort of pseudo-label to Dallas band, True Widow, it makes sense. Sludgey/drudging guitars are offset by melodic vocals, often from Nicole Estill, who sounds on the brink of angelic at times. Although the band themselves don’t take every aspect of their band quite as serious as some of their listeners, there’s no getting around the melancholy overtones in their music. Unlike other bands which seem to just pepper in a shoegaze element such as Deafheaven or Alcest, the heaviness is somehow really complimentary to the gut-wrenching lyrics instead of sporadically embedded in different parts of the song. It just makes sense.

The trio is coming out with a new record July 23rd, entitled Circumambulation, which will be the third LP, proceeding their self-titled in 2008 and As High As the Highest Heavens and From the Center to the Circumference of the Earth in 2011. You can listen to one of their new tracks Four Teeth at NPR, who entitled their piece “True Widow Wants to Make Your Summer a Bummer”–rightfully so. It’s a good bummer though, the kind that is somewhat comforting; I know that I can listen to True Widow without going into a full-fledged dip into the personal hellosphere. 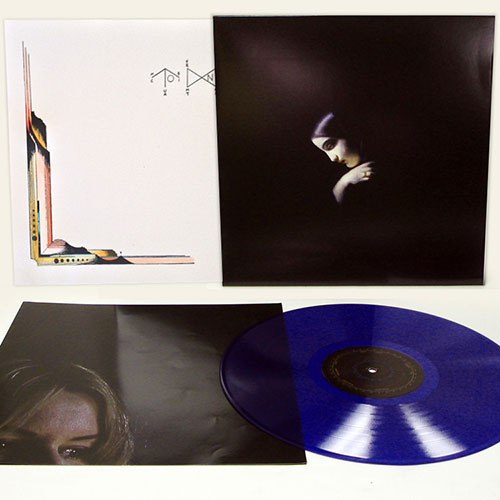 One of my favorite songs of their last record is skull eyes, which is mostly Nikki singing for the greater part, with an addition of Dan later on. The guitars are so heavy at the beginning of this song that it sounds like a bass line.